Another large aspect of archival preservation, especially within the last 20 years or so, is digital preservation. Digital preservation includes both curating born-digital files, and digitization of paper, photograph and print materials. Born-digital files are any sort of file that originated in a digital environment such as .doc, .pdf, .jpg, .tif, .ppt, .mov, .avi, and many others. Archives have recently begun dealing with the challenges of donations in digital formats which are inherently more challenging and unstable than their analog counterparts. While some paper documents can degrade more quickly than others, digital files are susceptible to other unique challenges. A major one is the device the files are stored on. 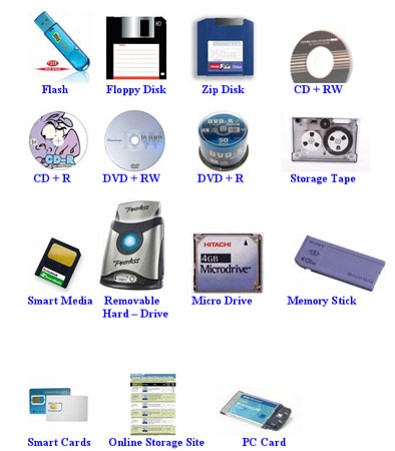 How many of these digital storage devices do we still use, and which ones are obsolete? It can be easy to curate digital data if a donation is stored on a USB flash drive, since those are very common, but what about if the storage medium is older such as a floppy drive, or even magnetic storage tapes? The Archives of the Big Bend does have a floppy-reader for such purposes, but floppy discs came in several sizes, so we have only been able to curate data stored on the most recent 3.5 inch floppy disks which usually held between 1 – 2 megabytes of data. If the storage medium is even older such as reel-to-reel magnetic tapes, it can be very difficult to curate the data. Read about how NASA almost lost its original high-quality images of the moon and the measures it took to recover the data.

Magnetic tapes come in many other formats such as the ubiquitous VHS and cassette tapes, common during the 80s and 90s. They are more unstable than other forms of media and prone to loss of data. When the Archives of the Big Bend had the opportunity to digitize much of its film and video collections through the Texas Archive of the Moving Image (TAMI) film roundup event in Alpine last summer, it was discovered that many of the 3/4-inch U-matic tapes, had succumb to a condition called sticky-shed syndrome and could not be digitized.

Another challenge is that digital data degrades quicker than its analog counterparts through data corruption, and bit rot. Has your hard drive ever crashed and you lost a sizable part of your important data? This is a fairly common occurrence, but with the advent of cloud computing and cloud backup, we can mitigate some of the threat by backing up data. At the Archives, we have regularly backed-up our digital data, especially our digital image archive, both through cloud-back up as well as redundant hard drive backup.

Another aspect of digital preservation is digitization. At the Archives, we have the technology to digitize any type of photograph, and the expertise of Digital Imaging Specialist Michael Howard who works with the Archives’ photographic holdings. 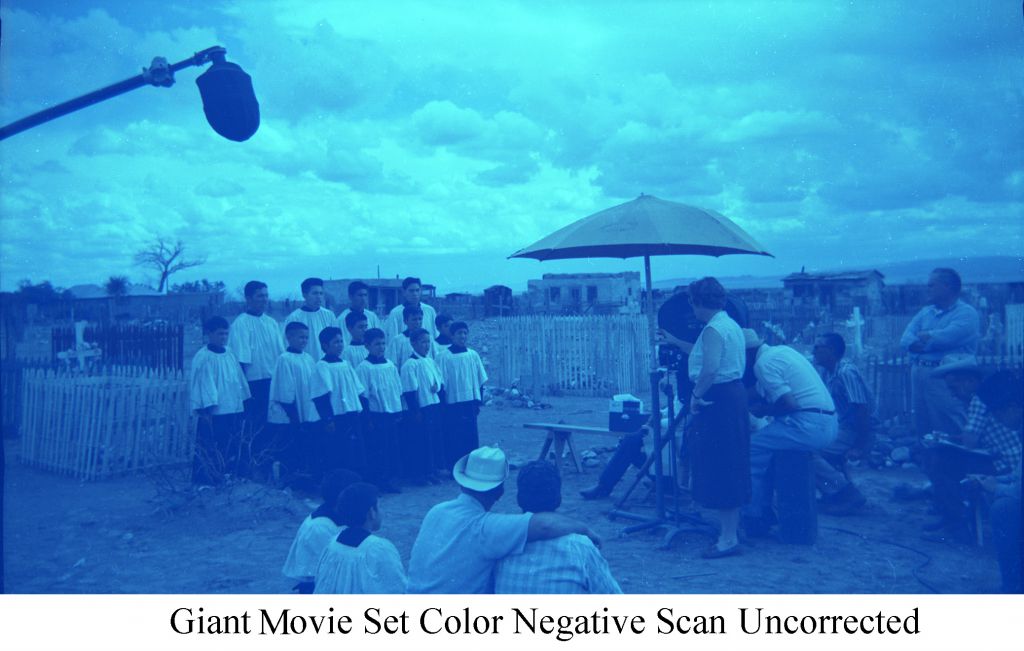 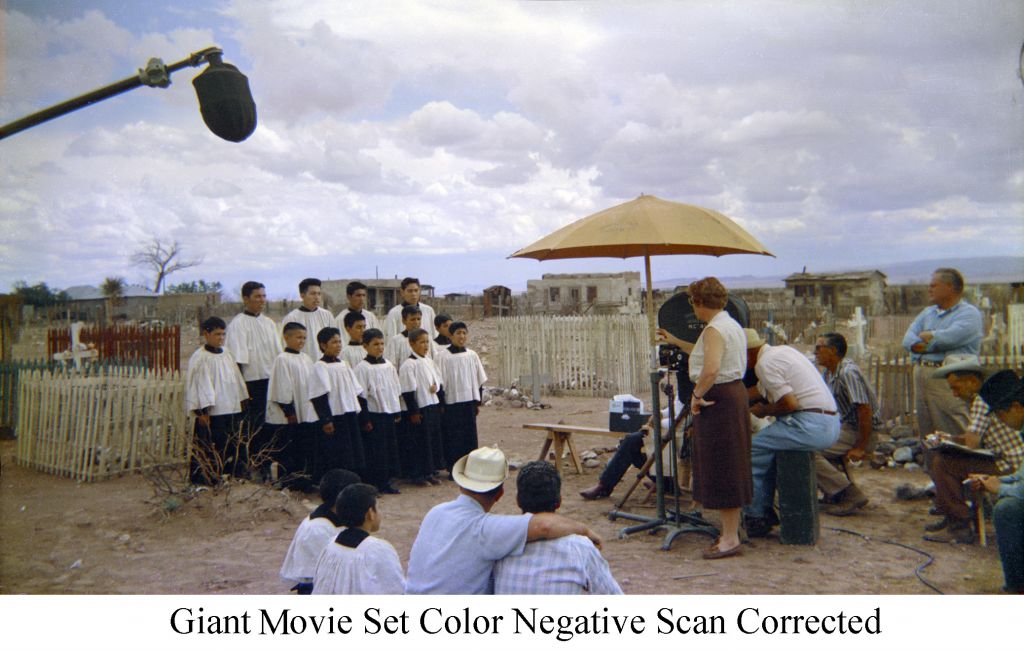 The original color negative of this scene filming Giant has been affected by color shift, giving the negative a blue cast. This is due to the unstable chemistry of some color film. After scanning the negative, we were able to digitally correct the color shift and restore the image. 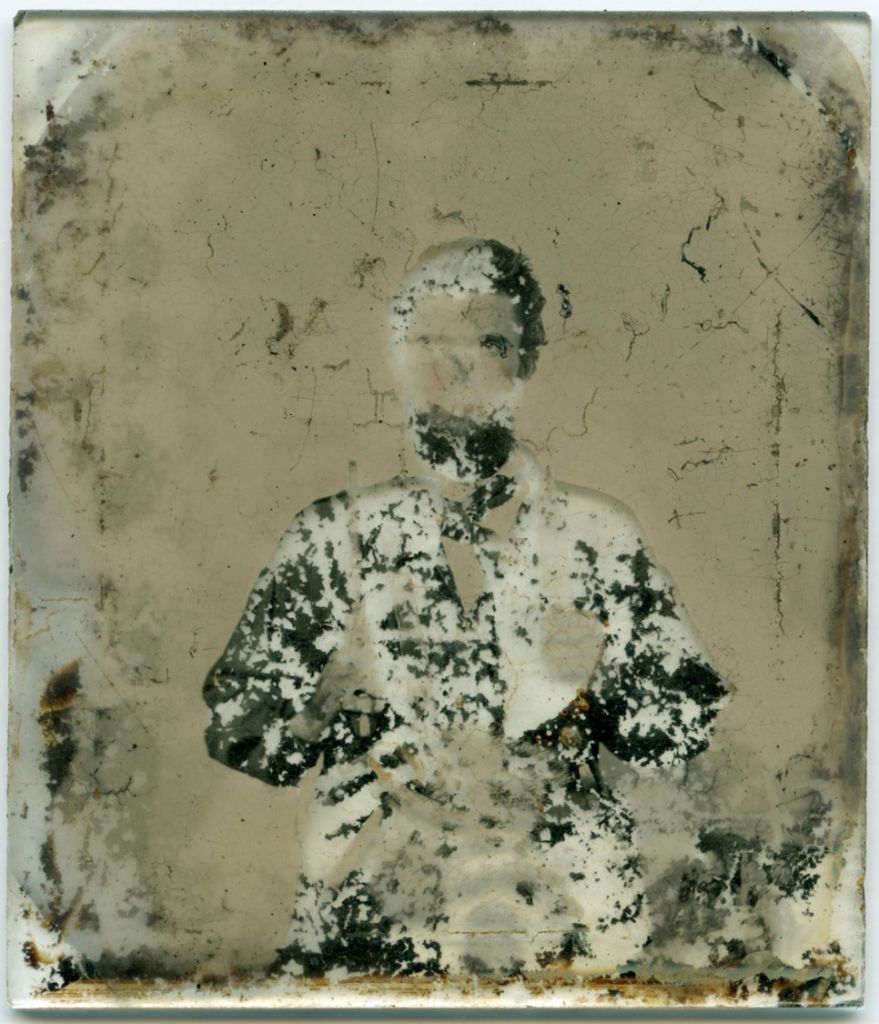 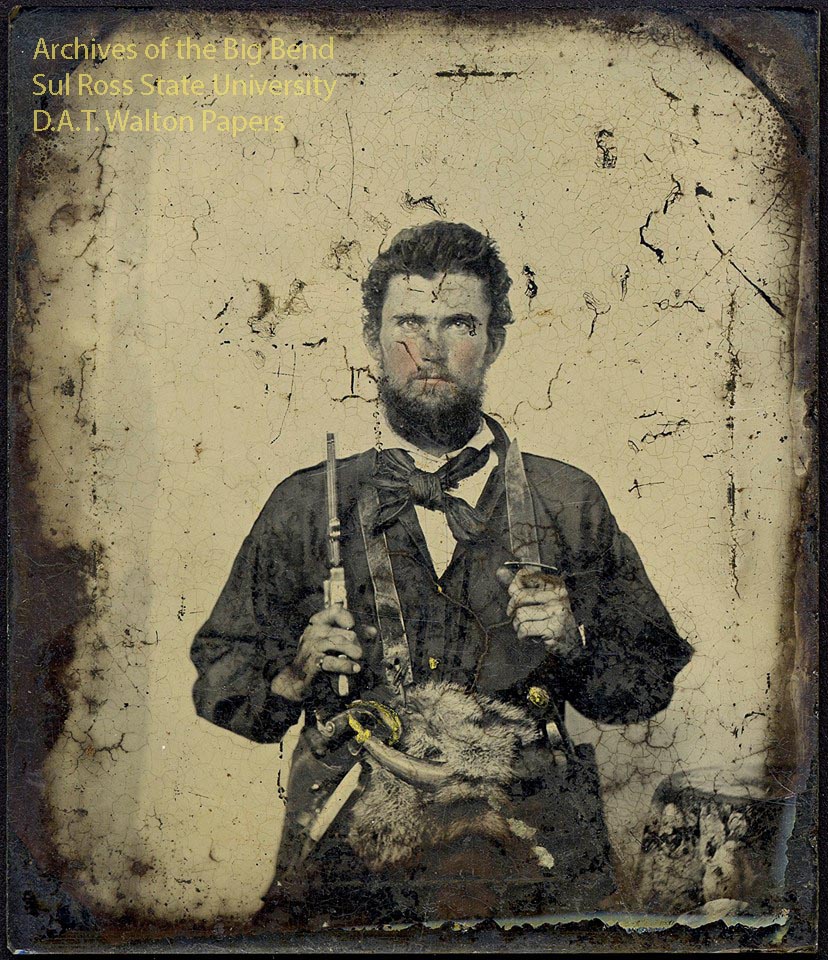 This original Ambrotype , a glass plate photograph printed through the wet plate collodion process, is an image of Brewster County Sheriff D.A.T. Walton, around 150 years old. Since the black backing of the negative had deteriorated over time, with some careful digital restoration work, the image could be recovered.

To see more examples of Michael Howard’s digital restoration work in the Archives, check out his PowerPoint Presentation.

In addition to our extensive digital photographic archive, we have begun digitizing documents associated with the history of Sul Ross including The Brand yearbooks and Commencement Programs which are available for use via the Archives website.