The J.J. Kilpatrick Family Candelaria Papers, held by the Archives of the Big Bend, are comprised of documents related to the Kilpatrick and Howard families of Candelaria, Presidio County. Mary Macon Howard (Kilpatrick) was the first Kilpatrick resident of Candelaria when she moved there to teach in the one-room schoolhouse shortly after the turn of the 20th century. Known as “Mamie”, she soon bought the Candelaria General Store, which was founded in 1903, and hired her teenage brother Dawkins to manage it. Her father J.J. Kilpatrick, mother Lula Kilpatrick, and brother J.J. Kilpatrick Jr. soon followed her to Candelaria from Houston where J.J. Kilpatrick set up a successful cotton enterprise. J.J. Kilpatrick was a prolific writer and most well-known for his scathing articles published in local papers related to border tension he documented in and around Candelaria during the Mexican Revolution. Today we will be focusing on the life of Mamie Howard’s husband, Jack S. Howard, a Mounted Customs Inspector in Presidio County who was killed in the line of duty on February 12, 1913.

All images under are found in the J.J. Kilpatrick Family Candelaria Papers, unless otherwise noted. Click for larger images. The collection is currently being processed and will be available to the public by the end of the year. 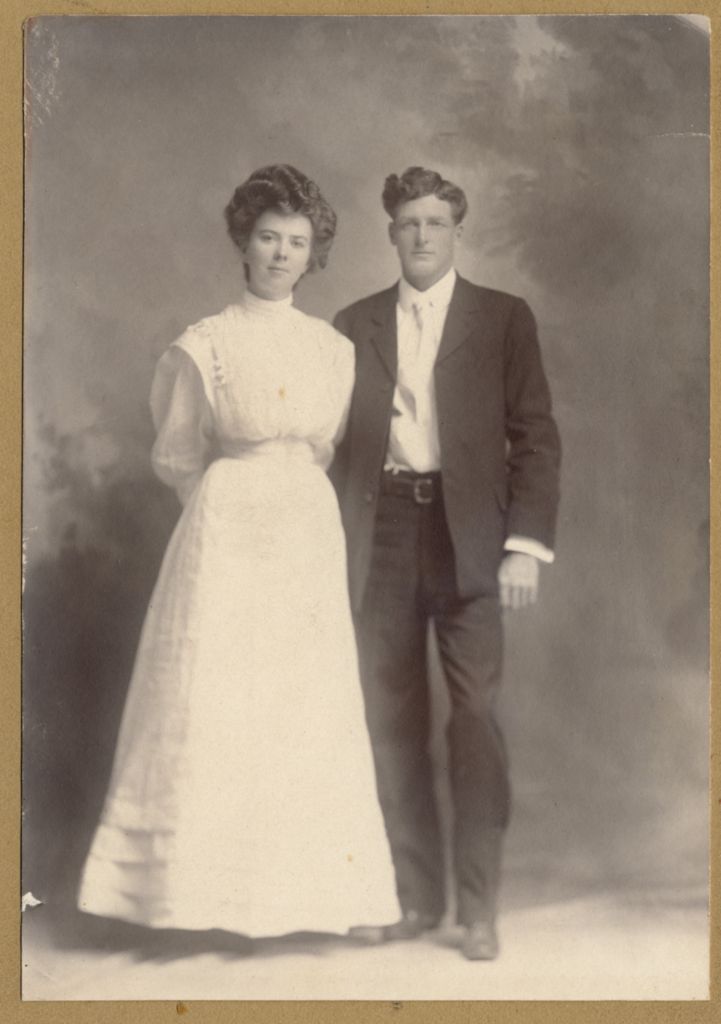 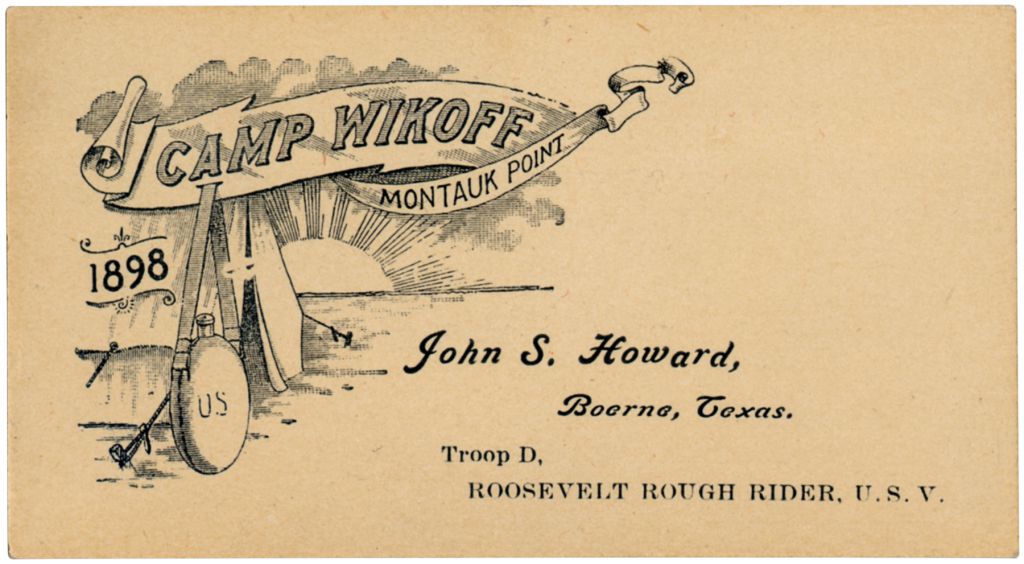 Jack Howard was born in England to a minor aristocratic family and settled in San Antonio before joining Theodore Roosevelt’s Rough Riders in Cuba. The Rough riders were a volunteer cavalry regiment in the Spanish-American War and were known for their success at the Battle of San Juan Hill in 1898. 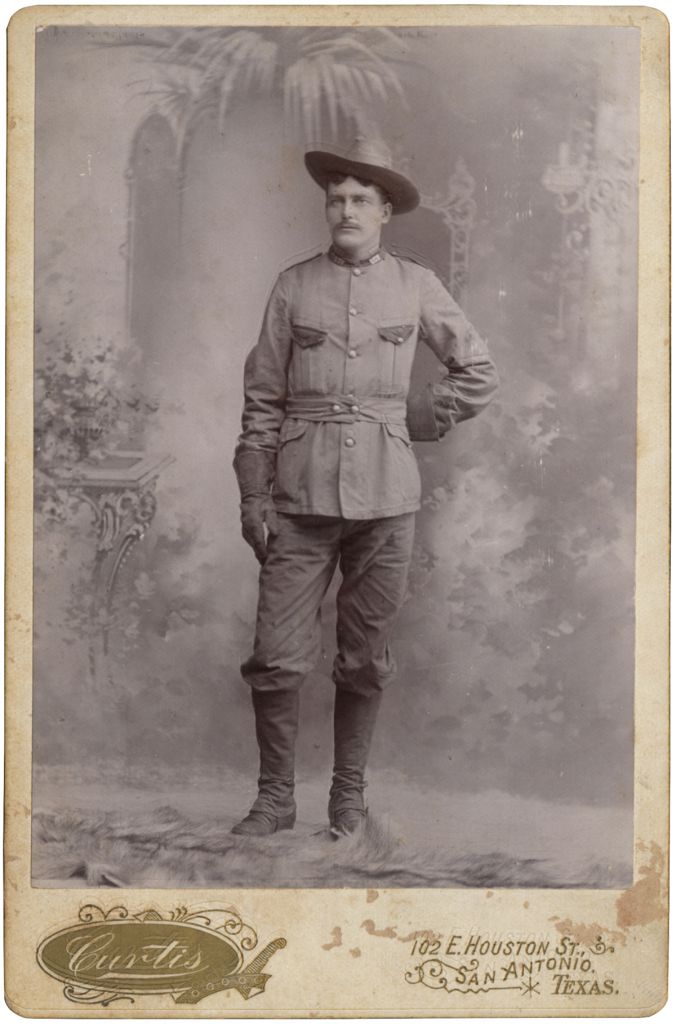 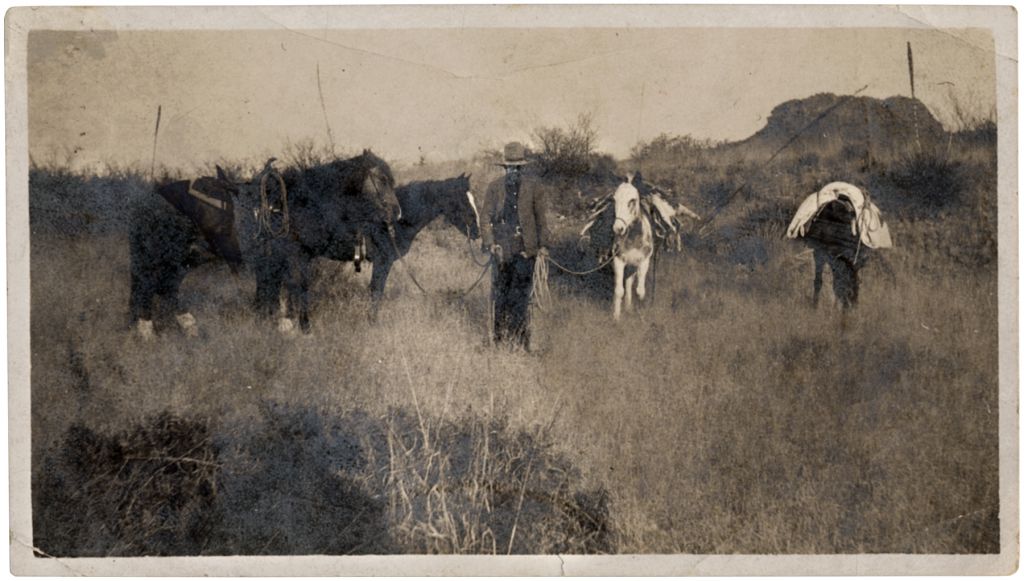 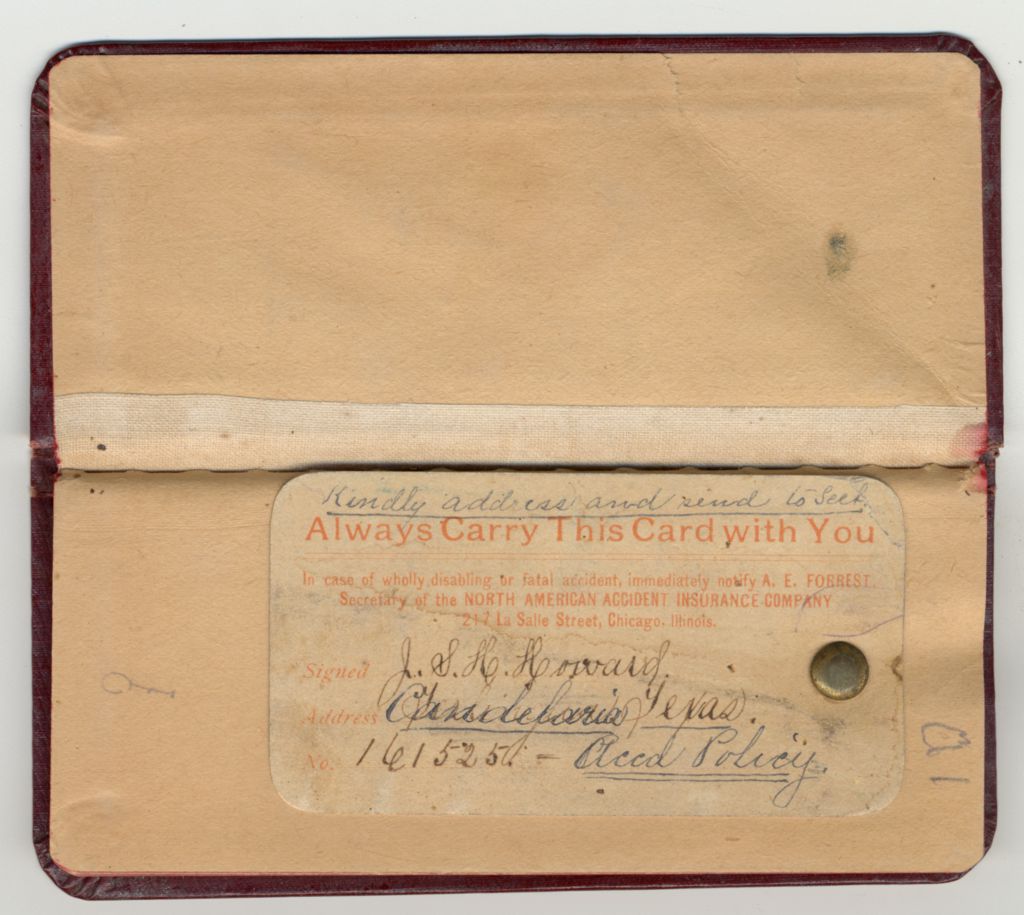 In 1902, Howard became a customs inspector based in Valentine, Presidio County. He maintained daily diaries of his work from 1902 until his death in 1913, detailing his locations, bandits, cattle brands, descriptions of horses, and other pertinent information. He sometimes included personal information, such as the date of his marriage to Mary Howard on June, 4, 1907 in El Paso. By 1913, Jack and Mamie Howard had two young daughters, Marion, born in 1909, and Frances (Nellie) born in 1911.

On February 9th, 1913, Jack Howard and another Customs Inspector, Joe Sitters, successfully apprehended the infamous bandit Chico Cano at the small town of Pilares on the US-Mexico border.  They were joined by J.A. Harvick, an inspector with the Texas Cattlemen’s Association. After camping out near the small store at Pilares, they proceeded with their prisoner and the three animals they seized, en route to Valentine. They would not get far. Just over a mile into their journey, the men had been fired upon by bandits inside a deep canyon through which they were travelling. All three customs inspectors were hit by bullets and shot from their horses. Howard was shot through his right breast. Part of the bullet entered his lungs and did not emerge. He also lost his favorite horse, Brownie. Chico Cano was able to escape while Joe Sitters got help from Sabino Hernandez, owner of the store they had camped out at the night before.  Hernandez used a wagon to bring the men safely to his store while sending a messenger to the nearest U.S. Troop detachment for medical help. 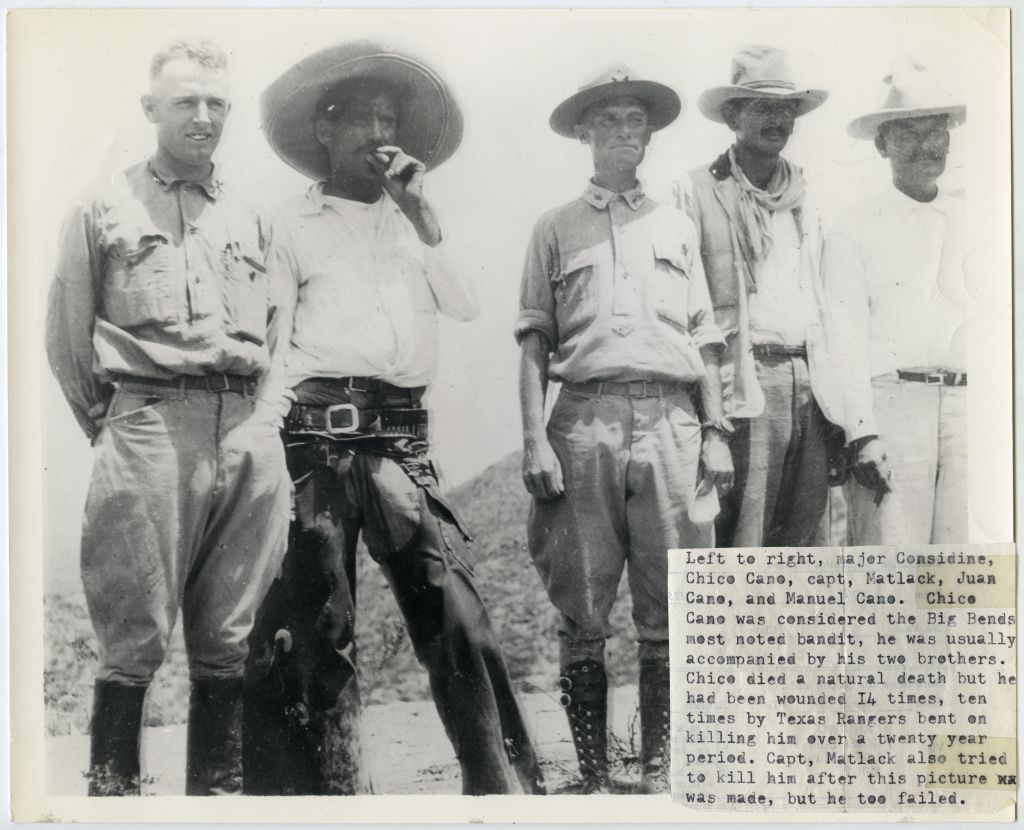 Mamie Howard received the message of the shooting that very day. She wrote the last entry in Jack Howard’s diary as she recounted her husband’s final days. She struggled to get to Pilares with her brothers- their car had four tire blowouts on the way and she had to stay behind when they reached a ranch twenty miles from Pilares which provided horses, but not a divided skirt or a saddle for her to use. Her family continued on in the middle of the night and arrived in Pilares at 5:30 the next morning. She finally was able to reach Jack Howard on the morning of the 11th where she stayed with him until his death from the gunshot wound at 7:15 pm the next day. 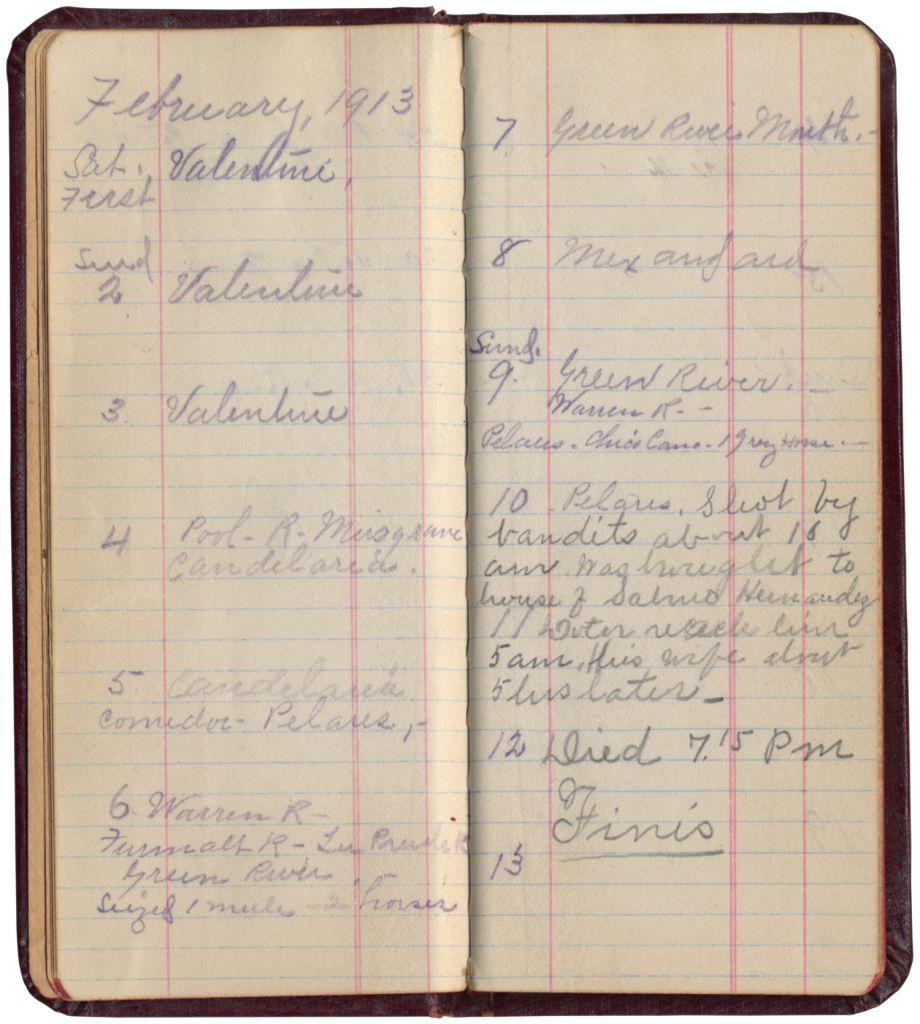 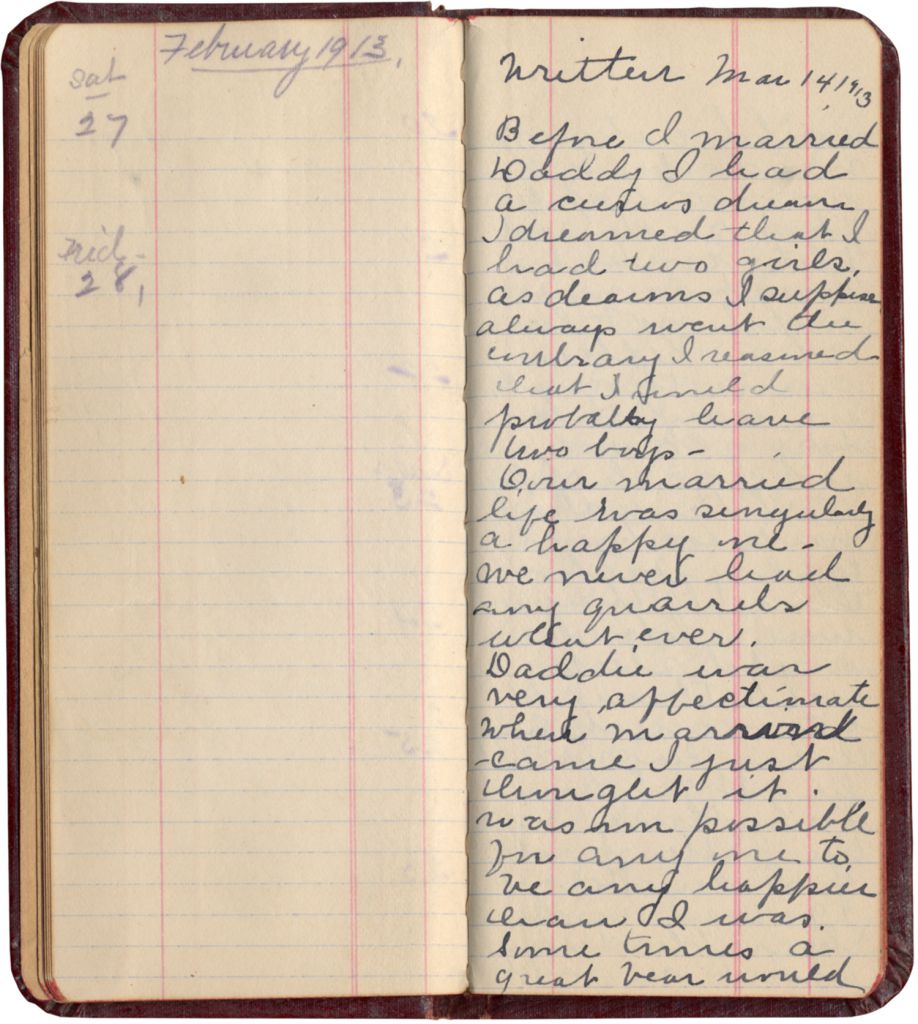 Mamie Howard’s final diary entry was written on March 14, one month after Jack Howard’s death. She documented her final moments with Jack.

About five my other brother, Jim came and he went to see Jack.  Jack recognized him at once and said, “Hello Jim, how are you?”  Then he said, “I am all right, I’m going to get well.”  I felt more cheerful after that and more so since the doctor told me that he could not possibly die until morning if then. About seven a great change came and he died about 15 minutes later.  He was conscious till his last breath.  I begged him not to leave me and he said – “I’m not.”  Then I told him I had sent for the babies, and asked him if he didn’t want to see them and he said, “yes.”

Mamie describes the premonition and anxiety she felt on the day-to-day dangers of his work.

Some time in December 1912, I had horrible dreams about our Daddy.  One in particular I remember.  It was a black hearse bearing his body.  The dream impressed me so much that I wrote Daddy, who was down around Marathon, to be extra careful and I told him of my dream.  His reply was in that light humorous vein of his – that for me not to worry that he could take care of himself always.  He missed that Christmas, the first one he ever missed.

Mamie also writes about Jack’s role as father and husband and the final time he had been home.

The last week he was at home he was unusually cheerful.  I had just started to take up music as he was very fond of it.  He would dance Nellie or Marion around as I played some waltz.  When I kissed him goodbye, it was either that time or the time previous, I am not certain, the thought just went through my mind  suppose that should be the last time.  I remember going to the door and seeing if I could see him again, but he had gone.

Mamie Howard did not remarry and died in 1970. She continued to teach for decades after her husband’s death, and according to her daughters, was also a customs border inspector in El Paso during WWI.

The two Inspectors with Howard during the ambush, Joe Sitters and J.A. Harvick, recovered from their wounds from that particular attack, however Joe Sitters was killed in a gruesome fashion two years later. His head was beaten in and his body was found with about 30 gunshot wounds, about four miles from Pilares where Howard was shot. Howard’s killers were not fully brought to justice, but some of the accused bandits were reportedly killed by both Joe Sitters and Pancho Villa. Chico Cano continued to fight in the Mexican Revolution, changing political loyalties frequently. He died in 1943 of natural causes. 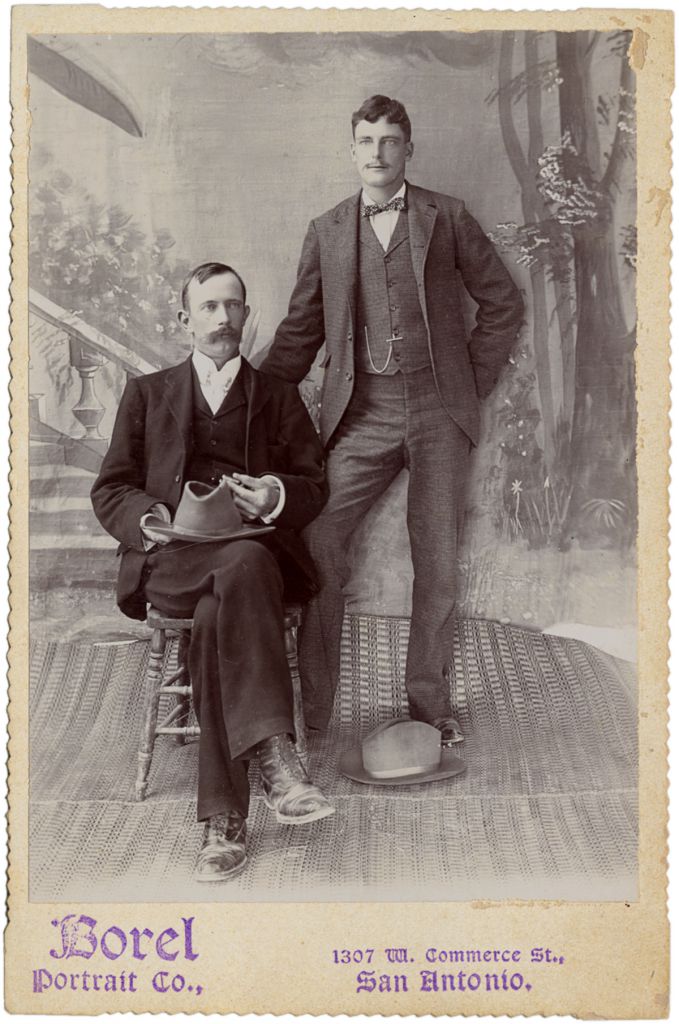 In 1989, Marion Howard Walker and Nellie Howard donated their father’s badge, pistol, and saddle to Supervisory Customs Inspector Glenna Kieffe on behalf of the U.S. Customs Service for exhibit. Jack Howard’s diaries were donated to the Archives of the Big Bend in 1998.