The Archives of the Big Bend recently cataloged the Earl Fallis Photographic Collection. You can do a Webcat Search for “Earl Fallis”. Limit search to “Archives”and click on the “Catalog Record” tab to get the full description.

The album is comprised of photographs related the Big Bend Border Patrol as well as family and friends recreation photos, and images of the Big Bend region, including industry, primarily taken in the 1920s – 1930s. Some areas featured in the album became part of Big Bend National Park in the 1940s. Towns included are Terlingua, Shafter, Glenn Springs, Marathon, and Marfa. 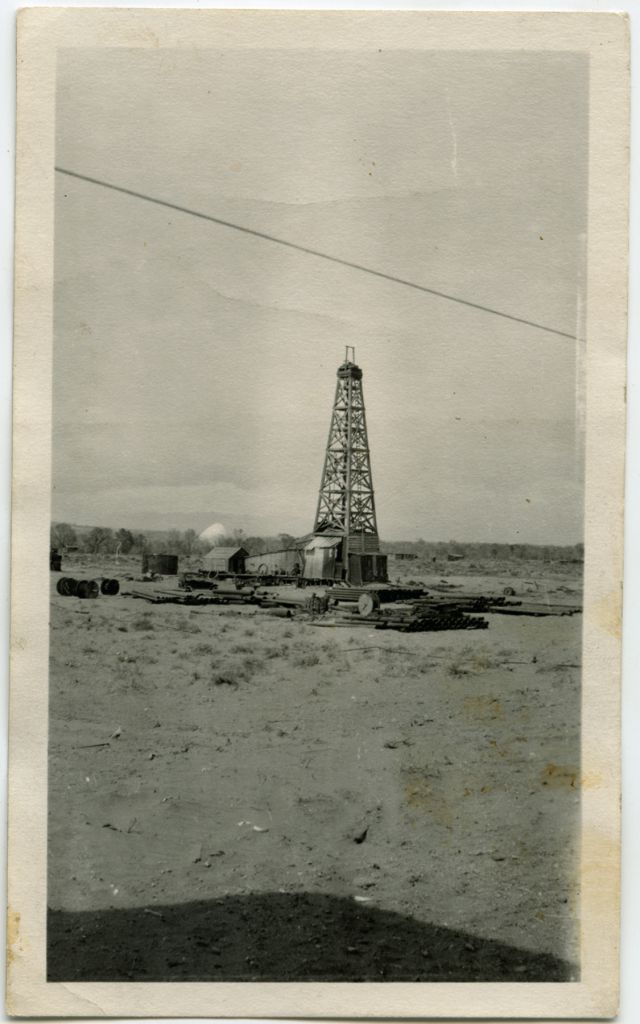 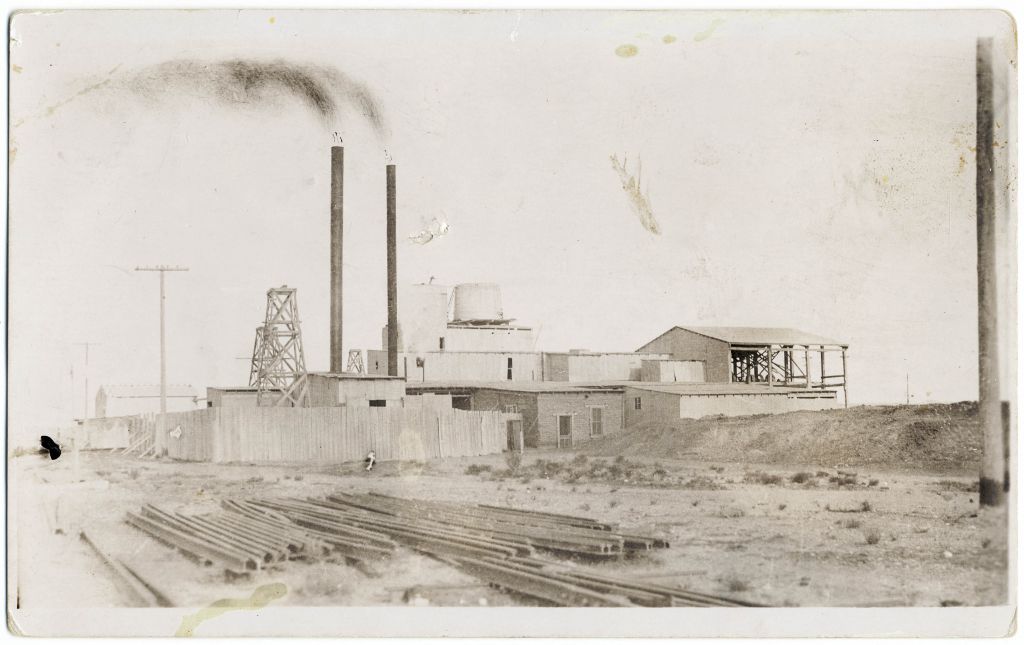 Both of these photographs were taken in Marathon c. 1920. The Guayule Rubber Plant in Marathon synthesized rubber from the local guayule shrub. Earl Fallis himself worked on the drill rig shown on the left. 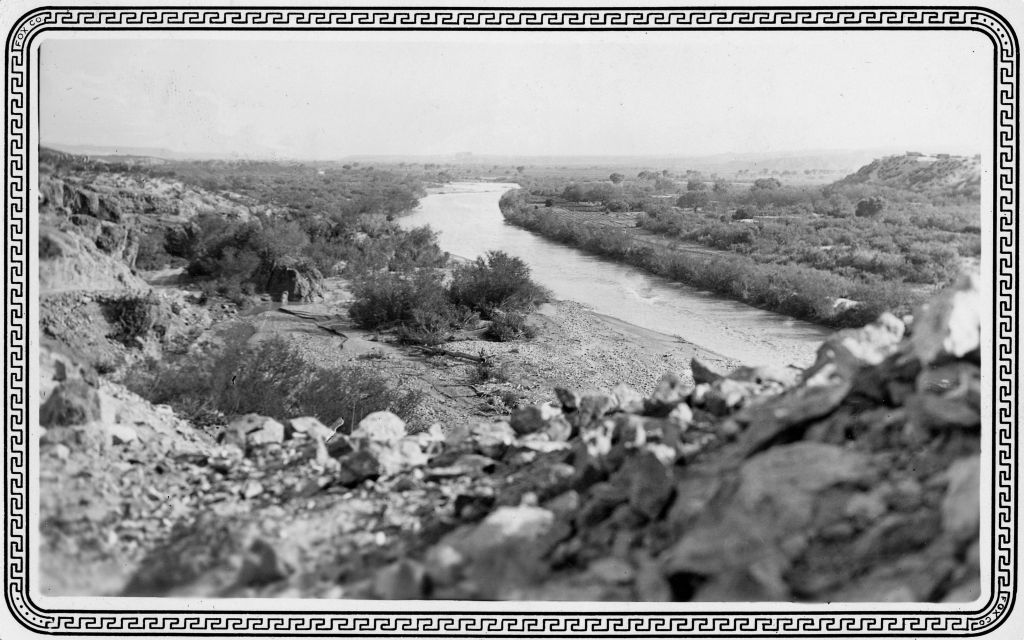 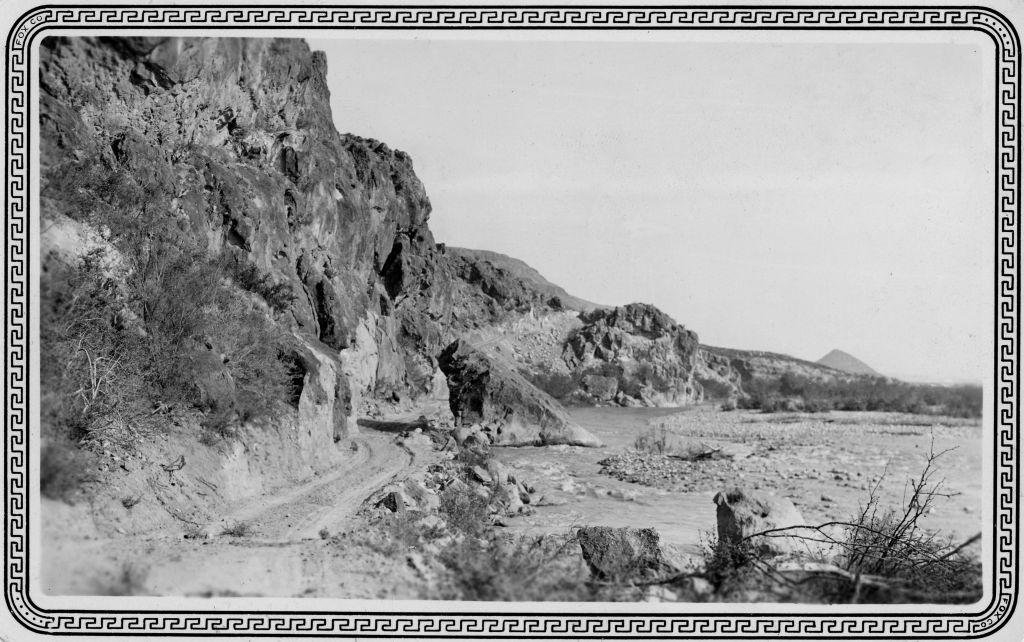 Also included are local natural scenes, many of which became a part of Big Bend National Park in the 1940s. Fallis describes the two images above as “a typical scene along the Rio Grande River”. The second image is one or two miles above Candelaria. 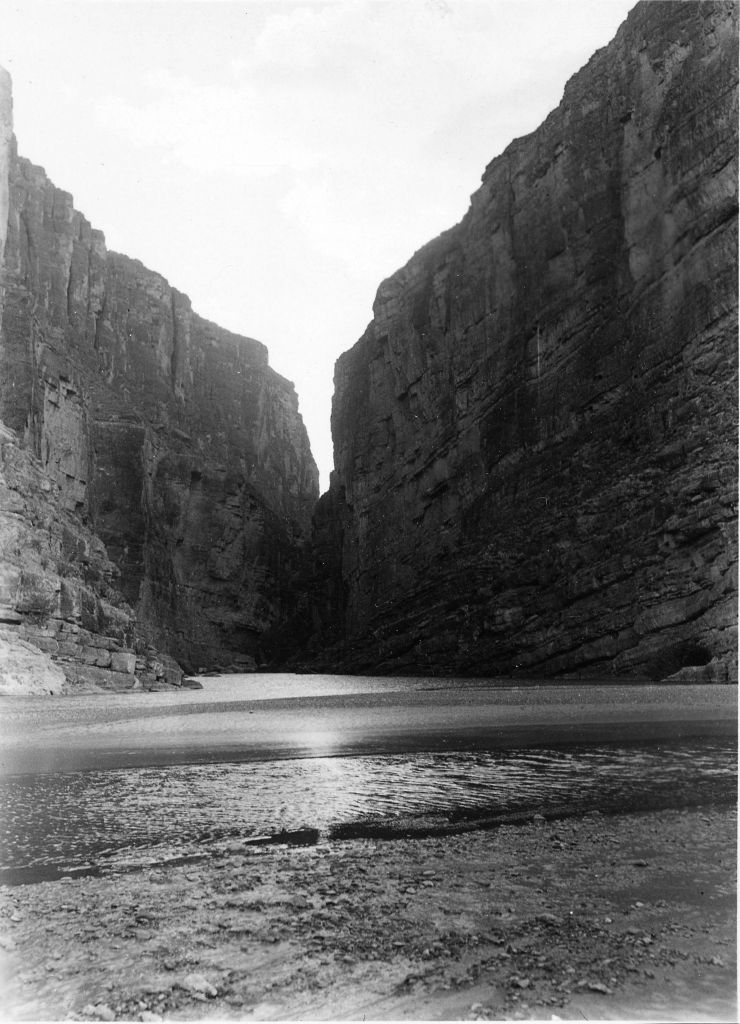 Earl Fallis was born on December 5, 1894 in Kingfisher Oklahoma. In 1915, Fallis served in the 7th Cavalry , which initially was stationed in the Philippines, but soon joined the 10th Cavalry in a punitive expedition to search for bandits in the Sierra Madre Mountains region in Mexico. The punitive expedition had been organized in response to the March 1916 Columbus, New Mexico Villa raid. Fallis joined General Pershing in an 8 week expedition which was ultimately successful, but incredibly strenuous. Shortly after the return to the US, Fallis had joined the Truck Train Division to relieve men who had been stranded by the expedition.

Fallis married Ola May on Oct 24, 1917. They settled in Marathon where they ran a cafe for several years. They had one daughter- Earleen Fallis Welch. On April 1, 1925, Earl Fallis was sworn in as a Border Patrol agent, a position which he held for 25 years until his retirement on Feb. 28, 1950. He was Chief of the Border Patrol in the Big Bend region. Fallis had served all over the Big Bend including opening a Border Patrol Station in Pecos in 1928, Presidio, and Marfa. From 1933-1938, Fallis was transferred to Arizona, and returned to Marfa in 1938 where he was stationed until his retirement. Earl Fallis died on June 8, 1977 at the age of 83.

Much of the photographs featured in the Fallis Collection document activities of the Border Patrol in the Big Bend region during the 1920s and 1930s. This includes the documentation of a 5-hour inner-tube trip down the Rio Grande in July 1931,  through the Santa Elena Canyon, taken by Border Patrol agents and others asked to canvass the canyon for smugglers’ trails. 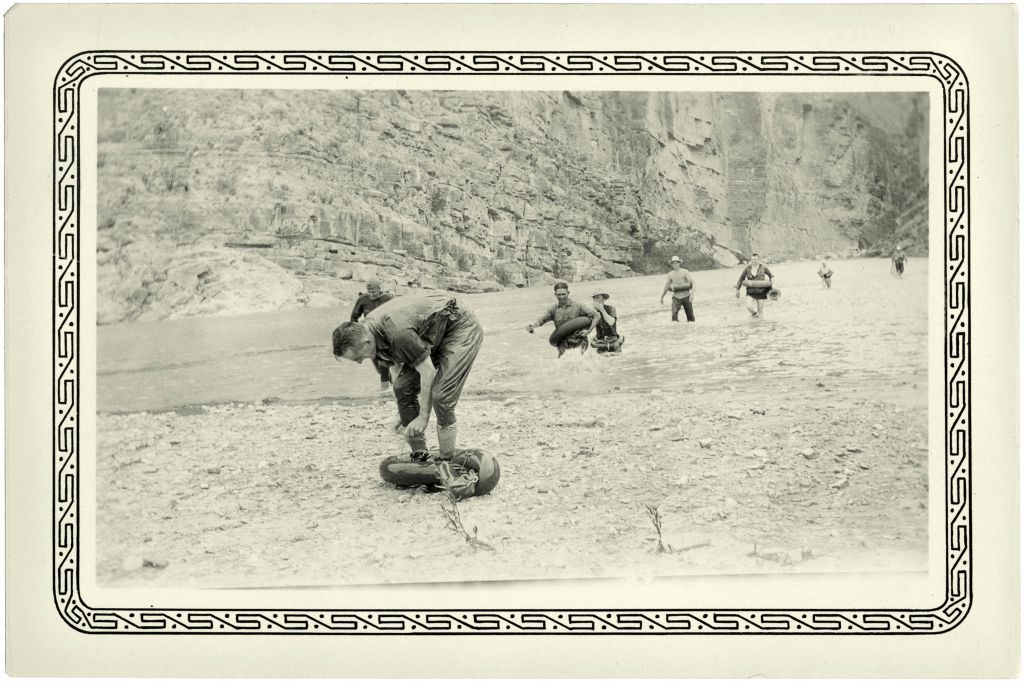 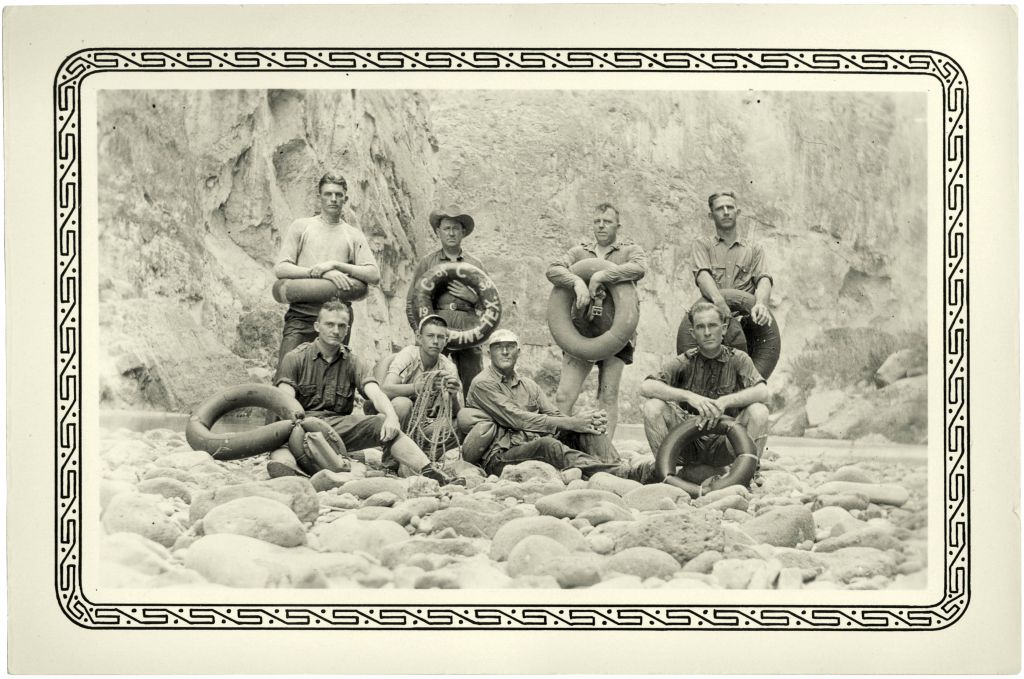 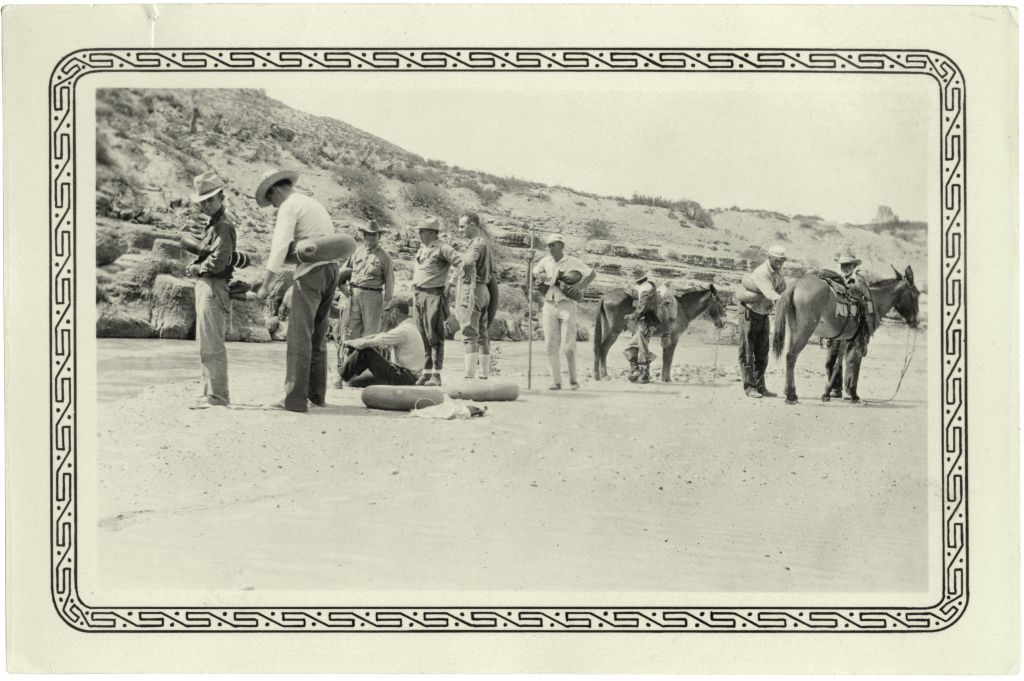 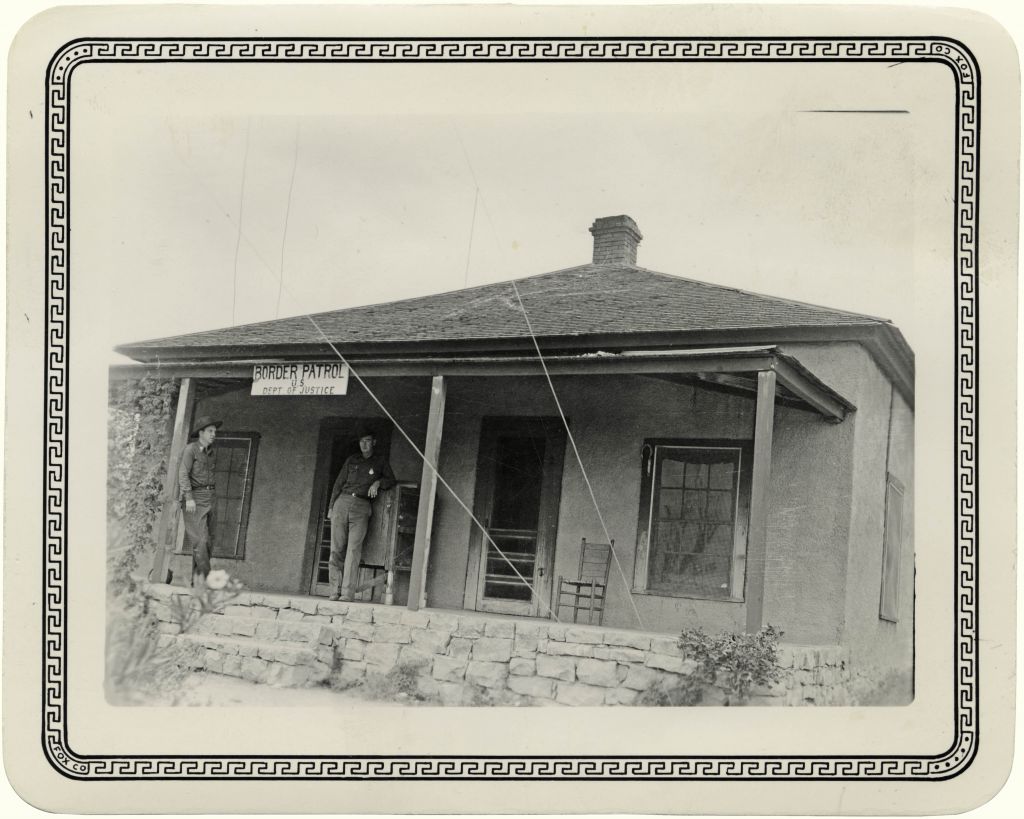 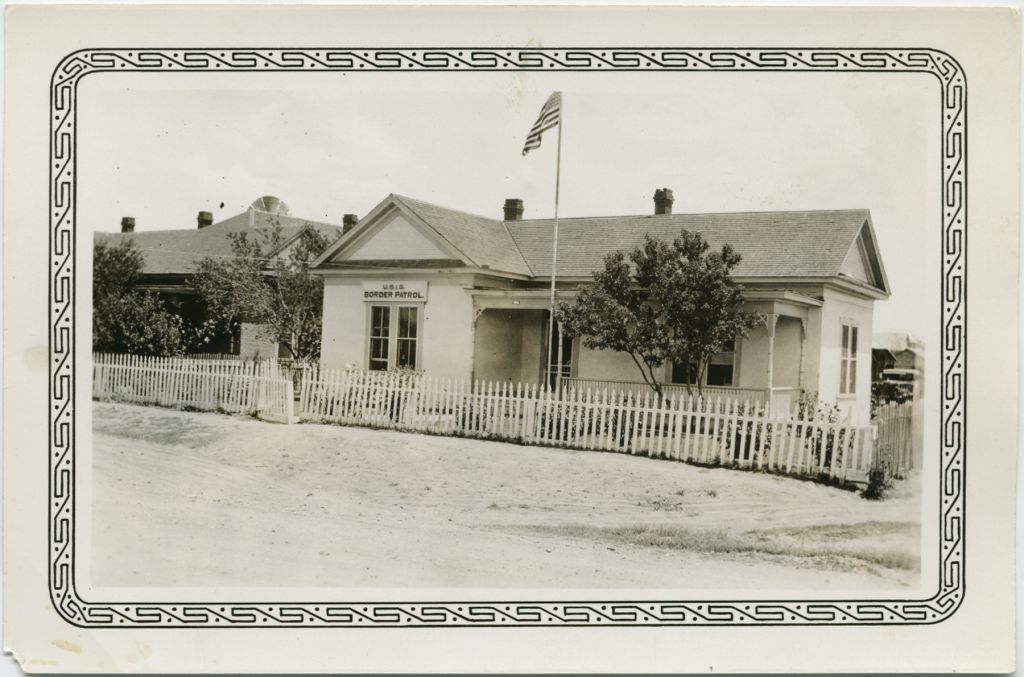 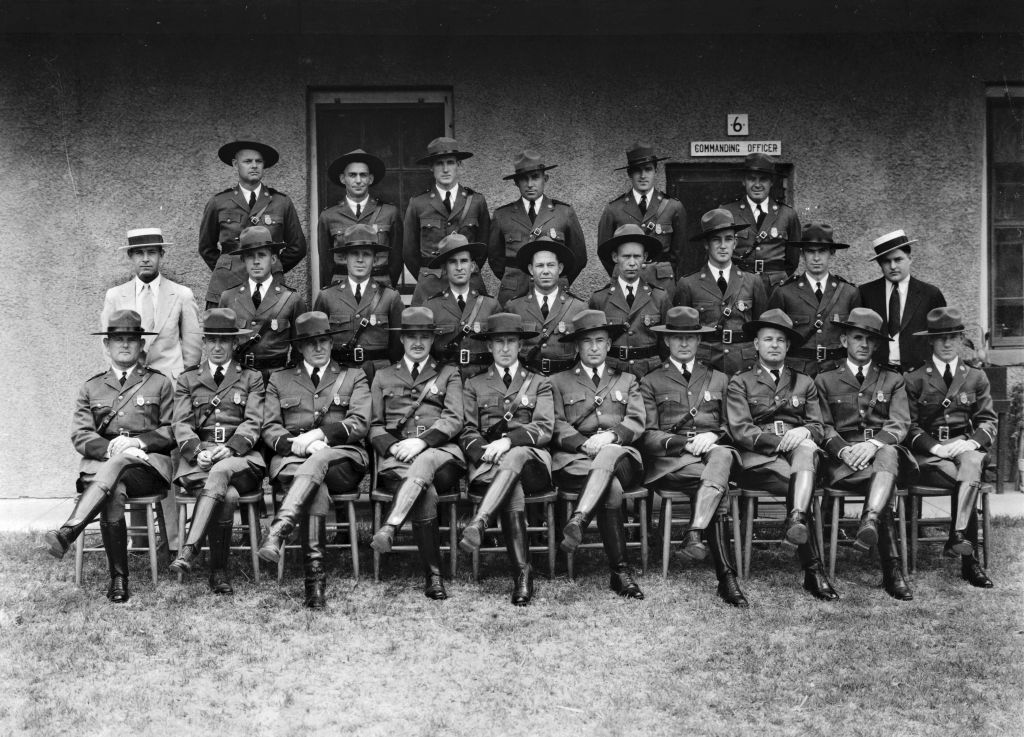 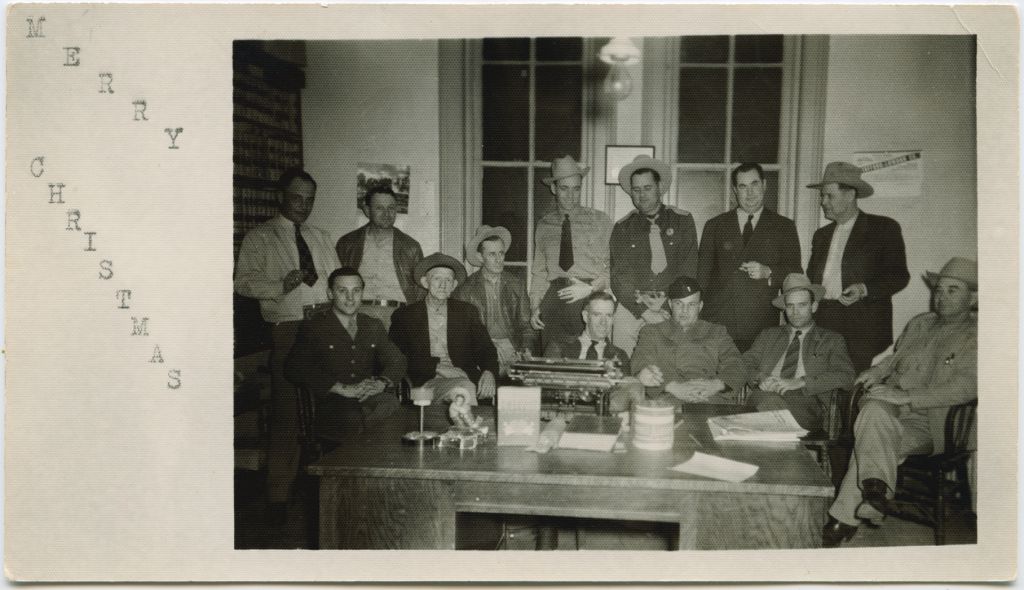 The only image of Earl Fallis found in the Archives of the Big Bend Fallis album. He is third from the left in the back row (seated). 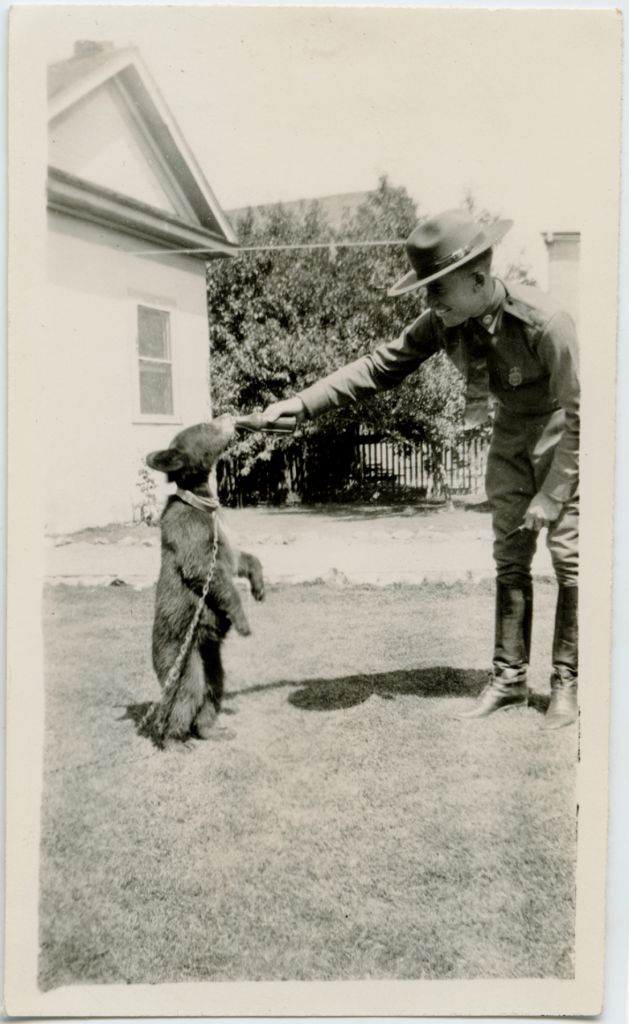 Bear caught near Fort Davis and kept as a pet in Marfa by Border Patrol until he became vicious and was given to Brackenridge Zoo in San Antonio. – Earl Fallis image caption c. 1976