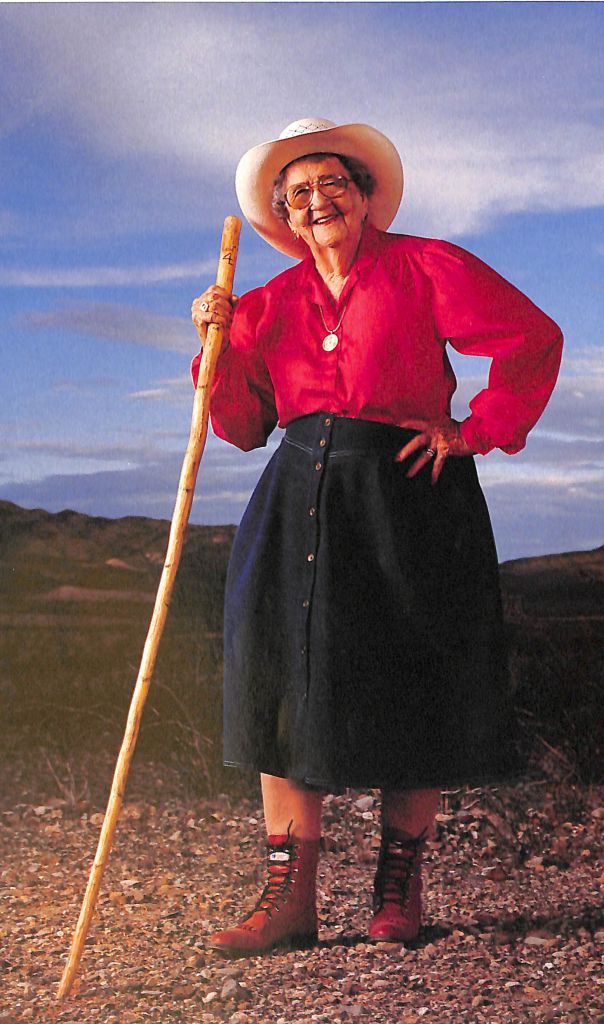 Hallie Crawford Stillwell was born in Waco, Texas on October 20, 1897 to Scots-Irish-English parents Guy and Nancy Crawford. She was the third of six children. Her father described her as “always searching out new pastures”, which would describe her life very well. In 1910 the family moved to Alpine, Texas where Hallie entered the sixth grade. She later received her teaching certificate from the Alpine Summer Normal School. Her first teaching job was in Presidio in 1916 where she loved teaching her Mexican-American pupils. This was a dangerous place and a dangerous time, during the Pancho Villa raids. Hallie describes going across the border to Ojinaga to see the destruction of the city. “The houses were pitted with bullet holes, and the town square was wiped away.” When news would come of an impending raid, Hallie and her friends in Presidio would stay at the army barracks.

News of the danger soon reached home and her parents were able to persuade her to take a new teaching position in Marathon. There, she met local rancher Roy Stillwell who owned a 20,000 acre ranch and was married on August 27, 1918. Hallie became a ranchwoman who was never afraid to get dirty, making sure the ranch had what it needed to survive. During the Depression, she would ride miles with the cattle every day during grazes, and find medicinal uses for local vegetation such as making a poultice out of prickly pear cactus leaves. She even rode across the border to retrieve a stolen stallion. Roy died in 1948 from a traffic accident. That same year Hallie made sure the ranch survived a crippling drought. To ensure this, she set up a candelilla wax plant on her ranch.

Seeing that her son Guy could run the ranch, Hallie moved to Alpine in the 1950s where she undertook a writing career as a columnist for the El Paso Times, covering news of Alpine and the surrounding area. She published “I’ll Gather My Geese”, 1991 and “My Goose is Cooked: The Continuation of a West Texas Ranch Woman’s Story”, 2004. In 1964 Hallie was appointed as the Brewster County Justice of the Peace, a position which she served for 14 years. She was honored in 1968 as the Terligua World Chili Cookoff Queen, and in 1976 as the Alpine Pioneer Queen. Hallie died in Alpine in 1997 at the age of 99.

A pioneer woman, Hallie describes her view on the role of women: “A woman’s place is in the business world- and at home. Educated women should be able to fill any position- if they are as capable as a man. A woman can be feminine and be a lady no matter what her position. She should be able to draw an equal salary to a man. I can’t ever remember being discriminated against because I was a female.”

Come check out the Archives’ extensive Vertical File on Hallie Stillwell which includes many published articles on her life and accomplishments, along with some photographs, and oral histories. Both her published books are available at the Archives as well. 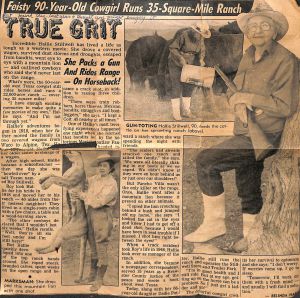 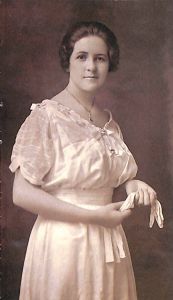